In statistics and probability theory, correlation means how closely related two sets of data are.
Correlation does not always mean that one causes the other. It is very possible that there is a third factor involved.
Correlation usually has one of two directions.
These are positive or negative. If it is positive, then the two sets go up together. If it is negative, then one goes up while the other goes down.
Lots of different measurements of correlation are used for different situations. For example on a scatter graph, people draw a line of best fit to show the direction of the correlation .

Formula for calculating the correlation coefficient:

The formula for the correlation is: 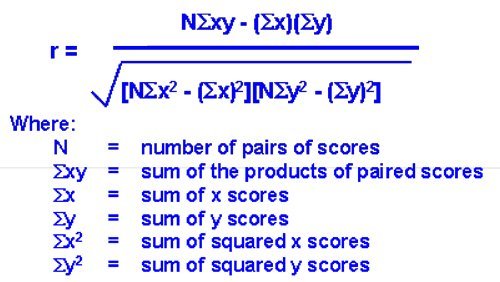 The symbol r Stand for the correlation.

Analysis of Data > Example of Correlation: 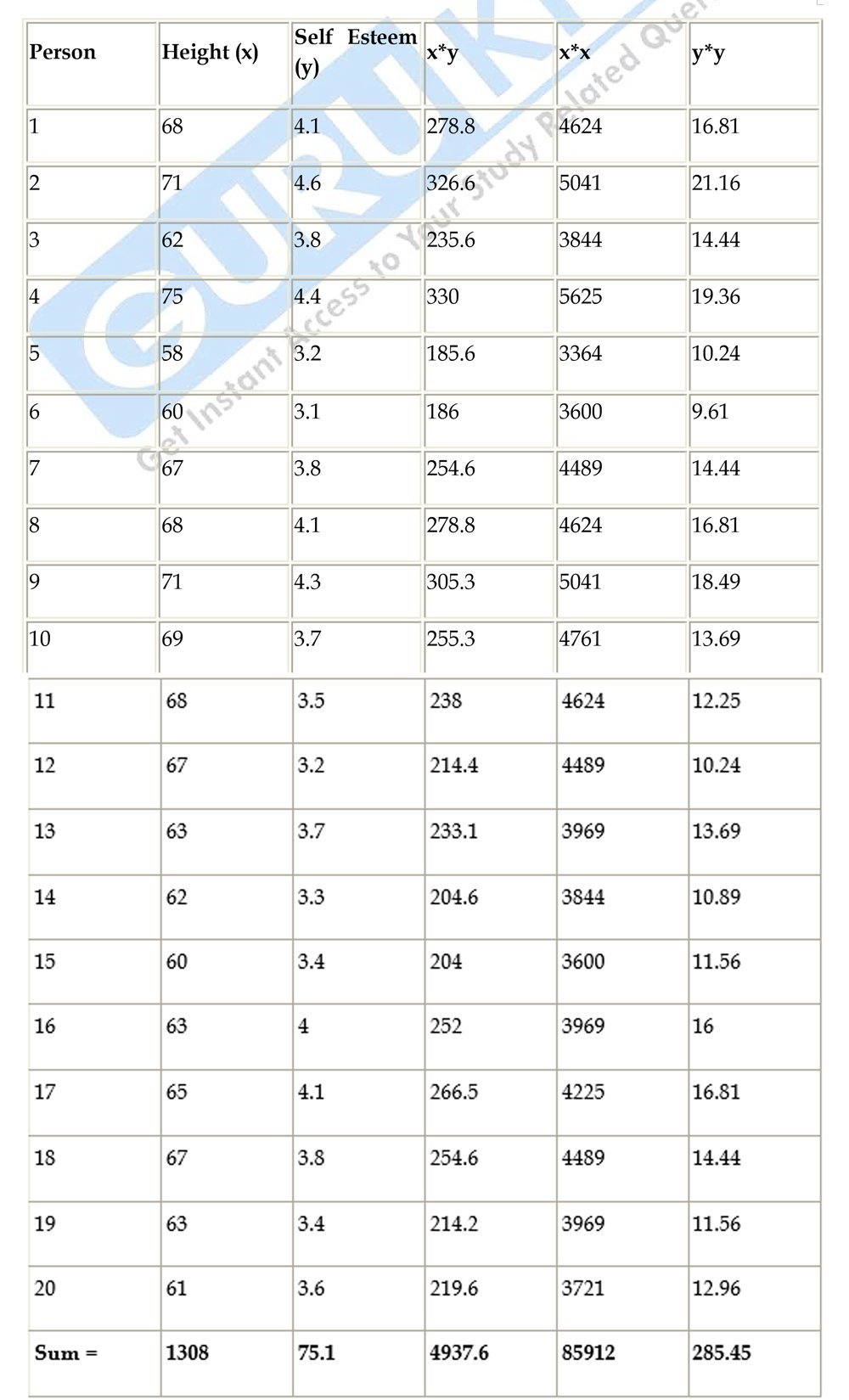 Now, when we plug these values into the formula given above, we get the following 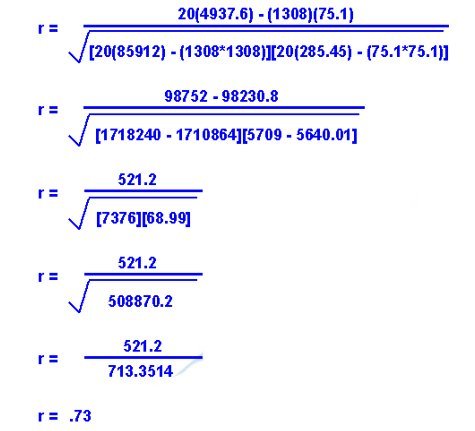 In the table below, the xi column shows scores on the aptitude test. Similarly, the yi column shows statistics grades. The last two rows show sums and mean scores that we will use to conduct the regression analysis.


The regression equation is a linear equation of the form: Å· = b0 + b1x .
To conduct a regression analysis, we need to solve for b0 and b1.

Computations are shown below.

Measures of Central Tendency show the tendency of data to cluster around a central value. They give us a single value that represents the whole series of data. Following are the measures of central tendency: 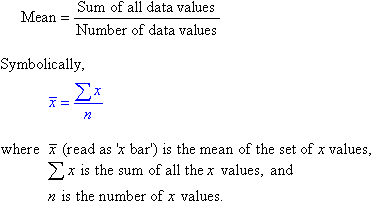 Analysis of Data > Example of Mean:

Find the mean of this set of data values.
Solution:

The median of a set of data values is the middle value of the data set when it has been arranged in ascending order.  That is, from the smallest value to the highest value.

Analysis of Data > Example of Median:

The fifth data value, 36, is the middle value in this arrangement.
So median is: 36

Analysis of Data > Example 2 of Median:

The mode of a set of data values is the value(s) that occurs most often.

The mode has applications in printing.
For example, it is important to print more of the most popular books; because printing different books in equal numbers would cause a shortage of some books and an oversupply of others.

Likewise, the mode has applications in manufacturing.
For example, it is important to manufacture more of the most popular shoes; because manufacturing different shoes in equal numbers would cause a shortage of some shoes and an oversupply of others.

Analysis of Data > Example of Mode:

Solution:
The mode is 48 since it occurs most often.

Requisites of a good measure of Central Tendency:

According  to Prof. Yule, the following are the requirements to be satisfied by  an ideal average or measure of central  tendency.

The range, R, of the data is the difference of the highest and smallest values being analyzed.

The deviation is the difference of each value from the mean. This is used in the calculation of the standard deviation and variance. "x" is the point of interest. The sum of deviations from the mean is always zero.

The standard deviation is shown by the following formulas. It also equals the square root of the variance. "x" is the point of interest.
"n" represent the sample size,

The variance is the standard deviation squared. â€‹

In probability theory, the normal (or Gaussian) distribution, is a continuous probability distribution that is often used as a first approximation to describe real-valued random variables that tend to cluster around a single mean value. The graph of the associated probability density function is  “bell”-shaped, and is known as the Gaussian function or bell curve.